So what is “Tommy John” surgery?

It’s not new, and 25 percent of major league pitchers have had the procedure. Tommy John isn’t named after the renowned surgeon, rather the first player to have the surgery in 1974. Doctor Frank Jobe lived a long 88 years and astounded fans and players alike with his expertise in the operating theatre where he pioneered the UCL procedure.

So what’s in store for Shohei this week. He can expect to have a tendon taken from his arm or leg and grafted in place to stabilize his elbow injury. A small four inch incision will be required to position the grafted tendon. In some cases, the tendon is taken from a cadaver (Hopefully a baseball fan).

Shohei can expect to be under anesthesia for approximately an hour to an hour and a half, depending on the severity of the injury. It is important to note that repeated stem cell injections didn’t really improve his condition. In many cases, the operation can be done on an out-patient basis, but still requires intensive homecare on the part of the recipient. Sadly, many players must endure a second procedure within five years. 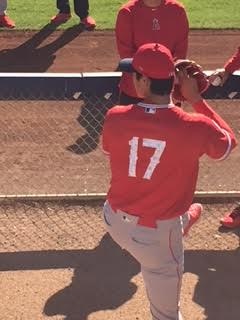 It’s interesting to note that some pitchers believe that after the recovery period, they can pitch harder and faster. This is still debatable. But what isn’t debatable is that many parents across the country request the procedure for their children even if they are not injured in hopes of improving their game.

Japanese fans expected that Shohei would return home for the surgery to be among family and friends. That isn’t happening. Doctor ElAttrache, a surgeon in Los Angeles will be Shohei’s physician.

So when can we expect to see Shohei in action again? Manager Scioscia predicts it could be 2020 before he can pitch again. Hopes are that in late 2019 he can return as a DH. Many of us were shocked to find Shohei still acting as DH after his diagnosis. Our concern was unfounded. A short time after announcing the need for surgery, Shohei facing Texas, hit his 17th home-run.

It’s been suggested that our fan club will have easier access to Shohei during his recovery. It’s important to keep his brand active. Let’s send our prayers his way for a speedy recovery.